I am pleased to announce that I had the opportunity to contribute in a small way to the newly released Sam Mendes film 1917.

Local jeweller, Simon from Barkers of Faversham , contacted me to say that he had received a commission  through the production company's, Andrew Robertshaw, military historian who was working with the production, to supply some identity bracelets for the film.

Simon had a number of these to make as wrist chains,  to be on set in a number of days and two of them had to be leather.
The other important requirements were that they had to look identical for close up shots and had to look like they had been worn for a few months.

I was loaned an original leather bracelet from the Great War as an example. 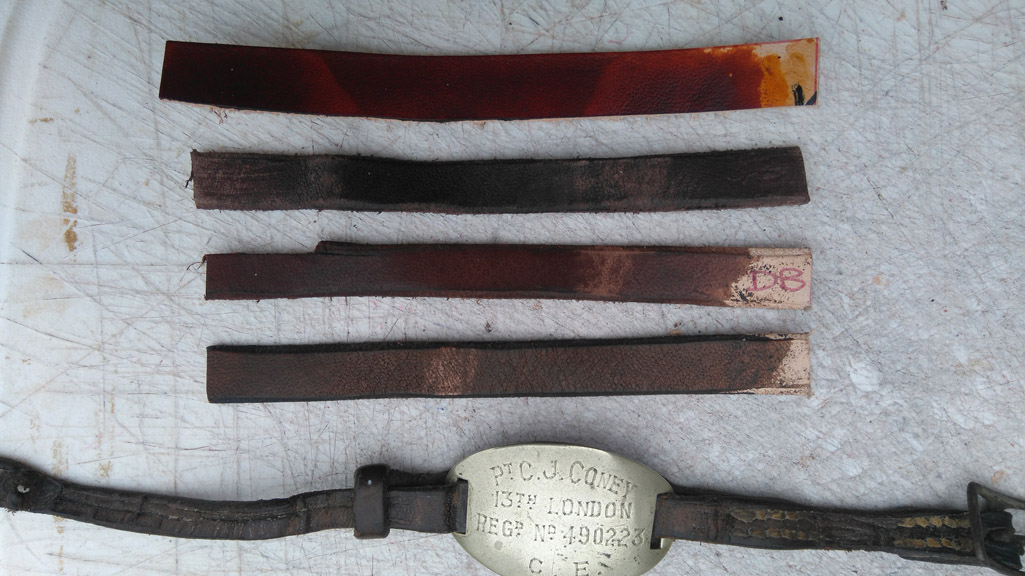 Original bracelet from the Great War with colour test pieces.

Simon made up the identity plate and also the buckles for me and I cut, dyed and hand stitched the bracelets.
Within a couple of days we had successfully managed to produce the aged looking bracelets for the set.

A tiny input to the film I know, but hopefully they will make an appearance on the big screen.

Thanks to Simon for getting in touch, it was a great little challenge.

Having watched the film, unfortunately there is only a short glimpse of part of one of the leather bracelets in about 15 seconds of the film.
It appears that the story line requiring close up shots was edited out, but nevertheless, Simon's wrist-chain versions featured throughout the film. 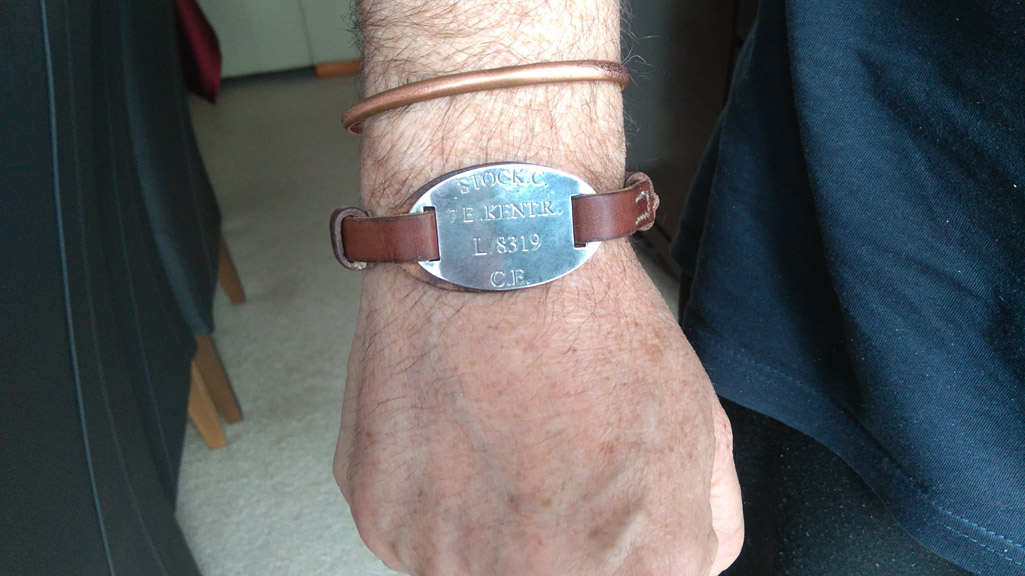 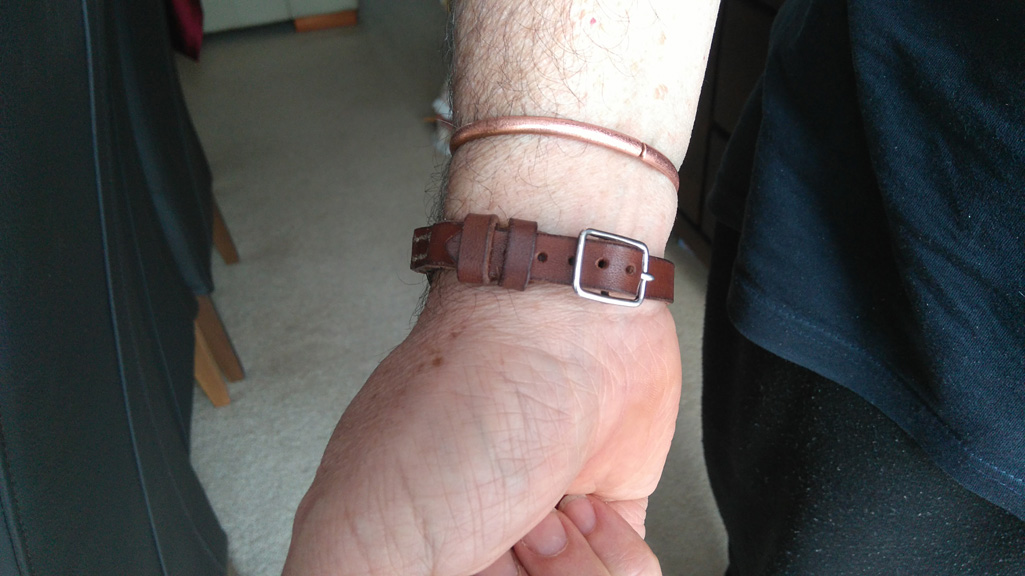 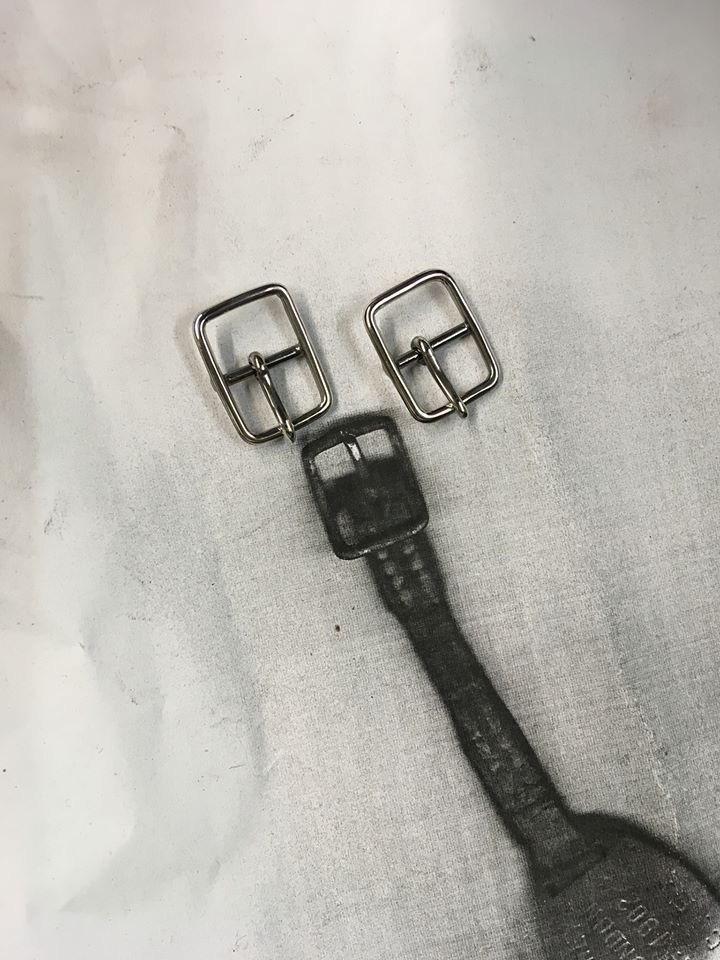 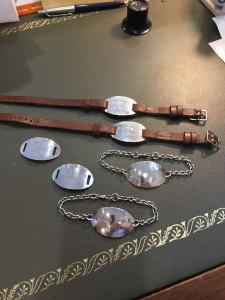 Buckles and bracelets      (courtesy of Barkers of Faversham) 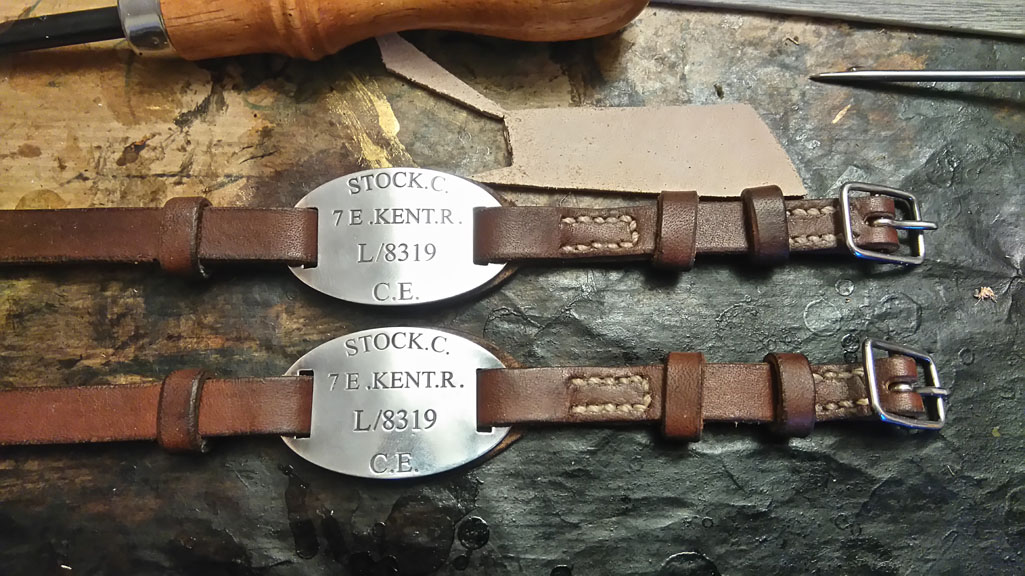 Bracelets with stitching by hand to emulate the original example. 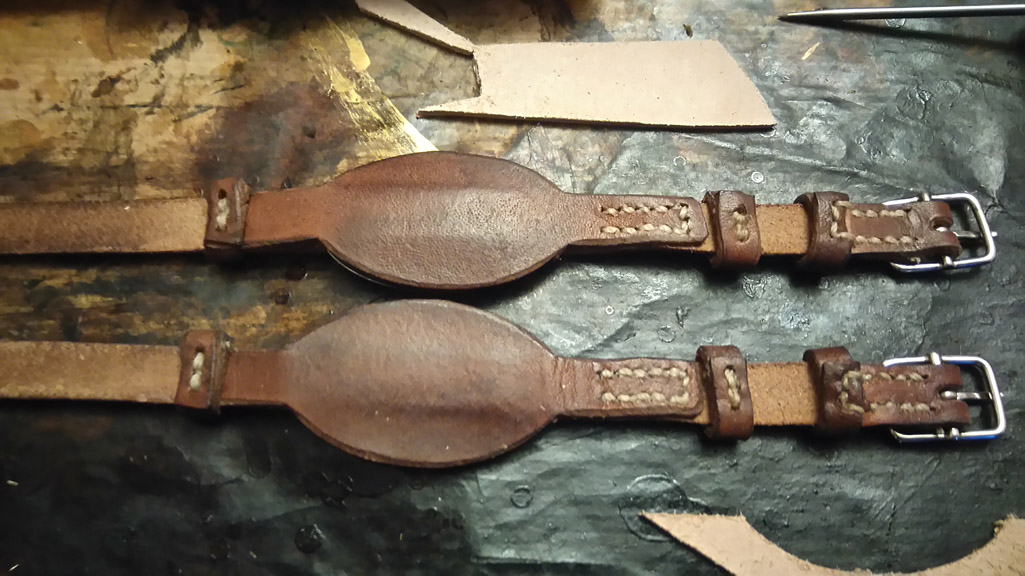 The back of the bracelets showing the worn aged appearance, 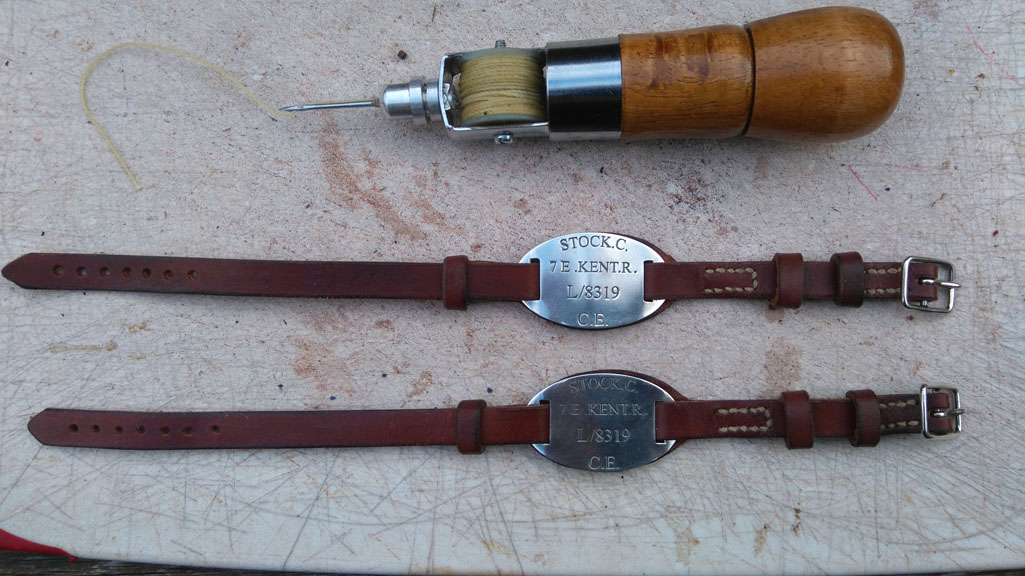